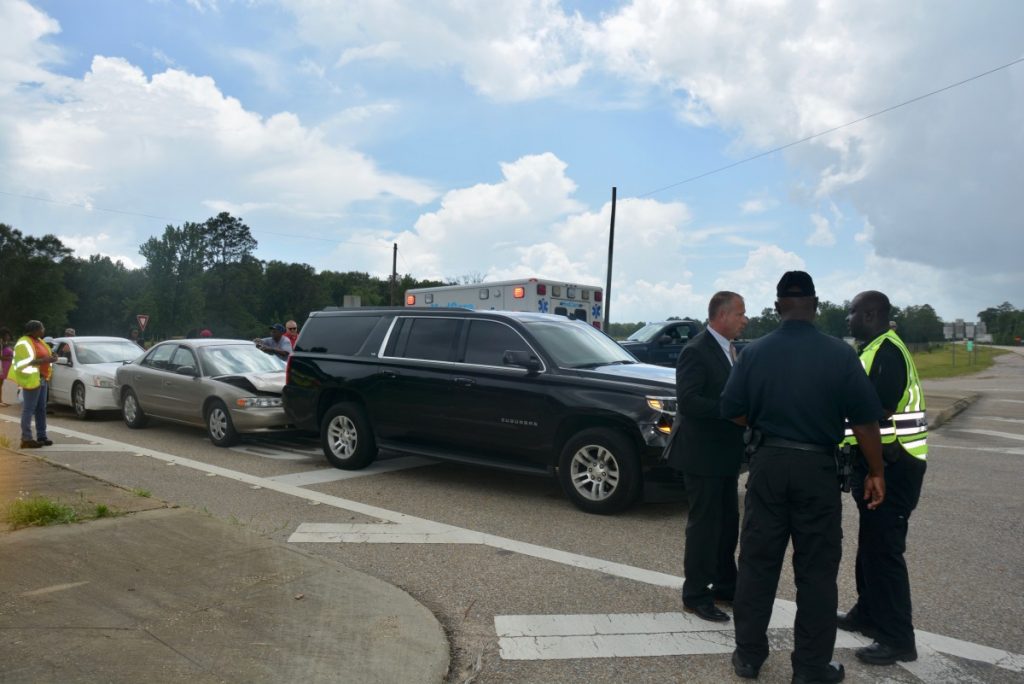 At approximately 1:32 Friday afternoon, Camden Police Chief John Matthews radio’d 911 dispatch operators. He was requesting an ambulance to the intersection of Hwy 10 West and Airport Road.

Units arrived at the stoplights near McDonald’s grocery to find a blacked out Suburban containing Gov. Kay Ivey’s security team at the head of a 3 vehicle collision.

Witnesses told us that the Governor’s motorcade was stopped at a red light with another vehicle behind them, when a white sedan approached from the rear, and then struck the back bumper of a grey car at a rate of speed.

Inertia from the initial crash caused the Grey vehicle (driven by a civilian) to lurch forward into the rear of Ivey’s Suburban.

Minimal damage was inflicted on the lead carrier vehicle, however the driver of the vehicle which caused the initial crash was taken away by ambulance and medical personnel.

Family members of Contrail Higgenbottom, the driver, said the accident was caused by faulty brakes in her car.

“She was driving up, trying to stop,” said a relative, “but the brakes just went out and she had nowhere to go.” 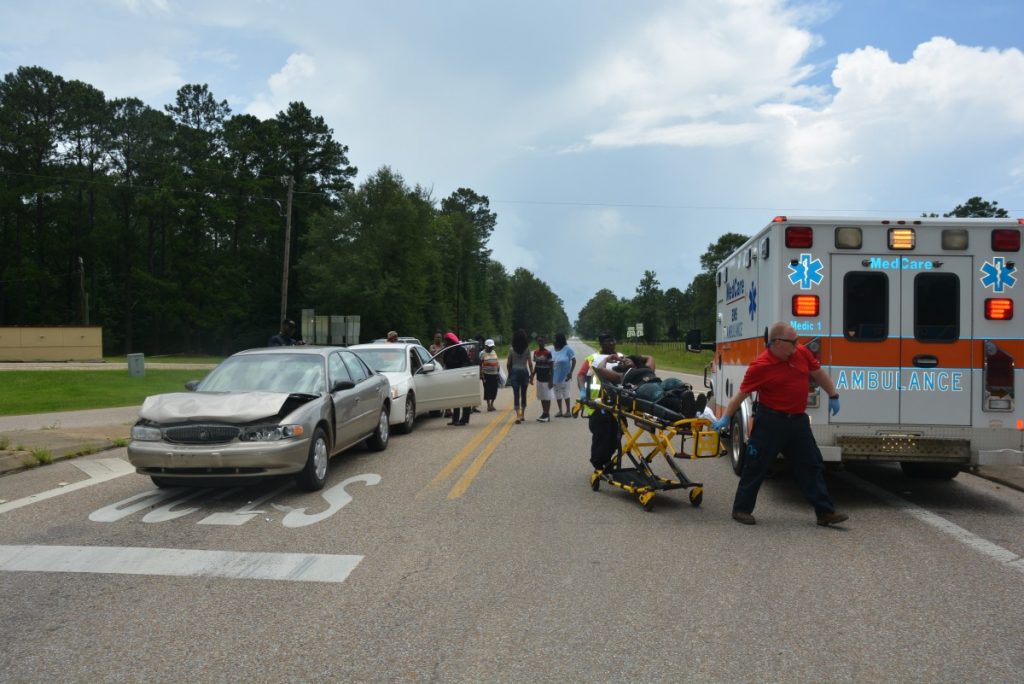 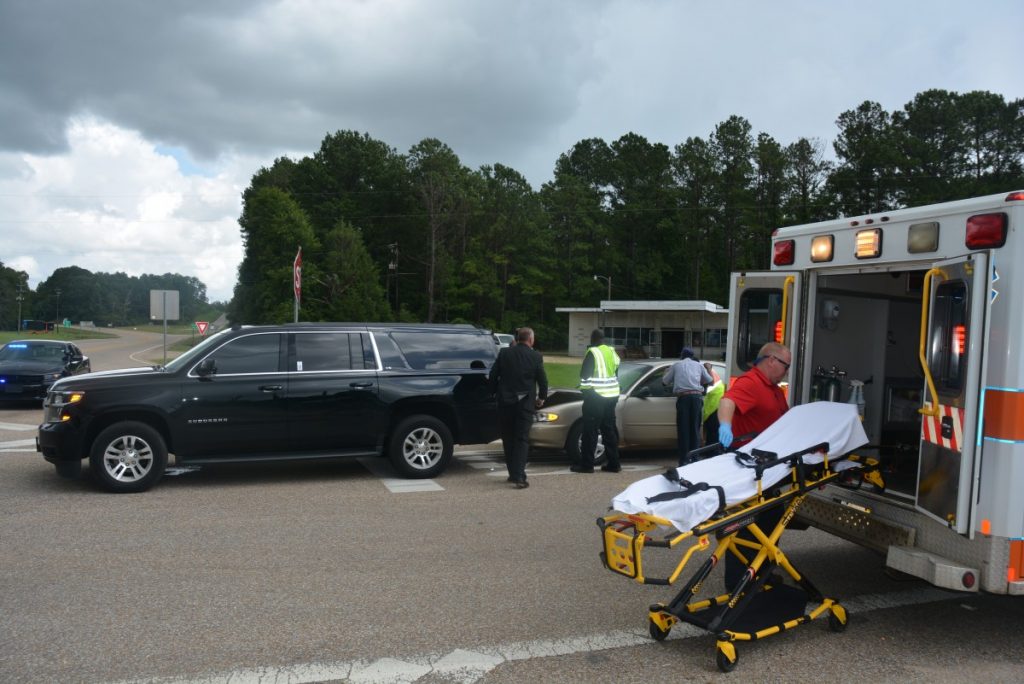 Although witnesses reported seeing Governor Ivey inside the vehicle as security staff were being processed, this publication cannot confirm such a fact at this time….

Another female subject was able to walk with the help of medical personnel, the status of her injuries, if any, are unknown at this time.

A stretcher was needed to transport Higgenbottom into the ambulance after medics free’d her from the damaged vehicle.

Gov. Ivey is in Camden today for a special event tonight in her hometown. We have not received notice whether or not this incident will impede, disrupt, or alter the regularly scheduled kickoff of a “Kay Ivey Day” celebration @ The Shed beginning at 5:00 tonight….

Updates to come as they are released….