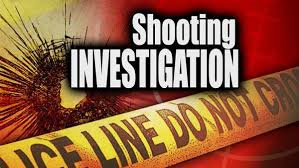 The following index covers what we know to be FACTS.
(More information will be posted as soon as forthcoming information is confirmed)

Frank Lambert, Camden, was shot in his home by an unknown suspect. A robbery is believed to have been original motive.

At least two shots were fired.

Both shots struck Lambert. He was left in need of medical attention.

Neighbors did not report seeing any ambulances arrive. One source close to the situation said Mr. Lambert drove himself to the hospital.

(update: Video surveillance footage of a white male in a t-shirt with arm tattoo’s, age approx. 25-30 breaking into Bernard’s Auto Shop last night is under review. The tape show’s a pistol
tucked into the suspect’s waistband….)

UNABLE TO CONFIRM WHETHER AUTHORITIES BELIEVE SUSPECT ON BERNARD’S TAPE IS LINKED TO THE SHOOTING OF FRANK LAMBERT.

(UPDATE:) Scene of today’s shooting was just down the street from yesterday’s auto-burglary, where a firearm was reportedly stolen.

Camden Police Chief John Matthews chose not to comment on the burglary. “Right now, we’re concentrating on the injured,” he said, “we’re focusing our investigation around the victim’s health, and identifying the suspect.”

(UPDATE: 2:13) FRANK LAMBERT has been stitched and treated for gunshot wounds by UAB hospital. He has been given clearance to return home TODAY.

This case is under investigation…

Read the FULL STORY in next week’s E-Edition