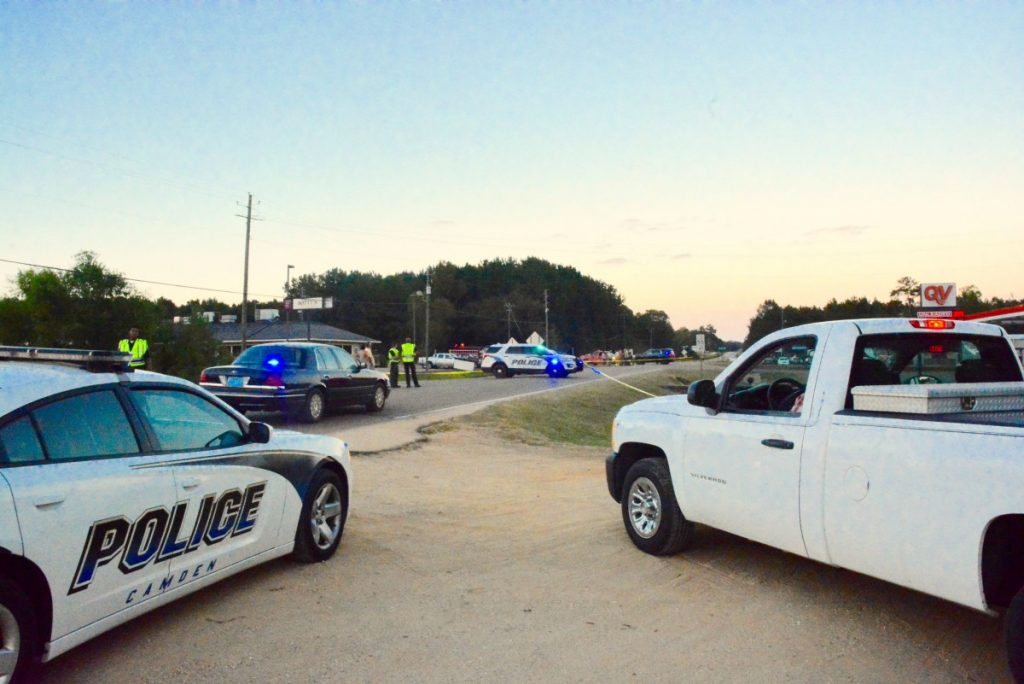 State Authorities have confirmed the vehicle containing a ‘suspicious package’ QV’s parking lot in Camden was in fact not a bomb.

County EMA Director Melissa Dove confirmed that a “few” drugs were found. Camden Police Chief Matthews said that a male subject was arrested, however information on what charge/s was not voluntarily released.

EARLIER: The New-Jersey driver that led Camden Police Officers on a high-speed chase Thursday night caused quite a commotion at the QV service Station Thursday evening. So much so that a full-on bomb-scare had out-of-town investigators on edge. (and just about everyone else in town)

After successfully bringing the eratic driver to a stop, arresting officers noticed a very ‘suspicious package’ within the vehicle.

Chief John Matthews reported that a White Male was in custody. The man was taken into custody before out of town squads arrived. The extent of his charges are unknown at this time

Hwy 41 was blocked off for hours. Emergency first responders arrived, pedestrians were safely re-routed off the roadway, or around the situation if need by through a designated by-pass.

The team was reportedly not wearing any heavy-duty gear, according to the witness. Still awaiting exact title of the squad and wherre they were from.

There was no bomb, but some drugs…

Yall be sure to subscribe and support  your local paper. If you see a Camden police officer, shake his/her hand.