Halloween is just six days away, and today, in the spirit of that spooky holiday, I give you my second annual list of the “Spookiest Places in Wilcox County.”
I put this list together after discussing the county’s “haunted history” with more than a few of the county’s longtime residents and with local history buffs. Some of their suggestions surprised me, and they might surprise you as well. With that said, here’s the list: 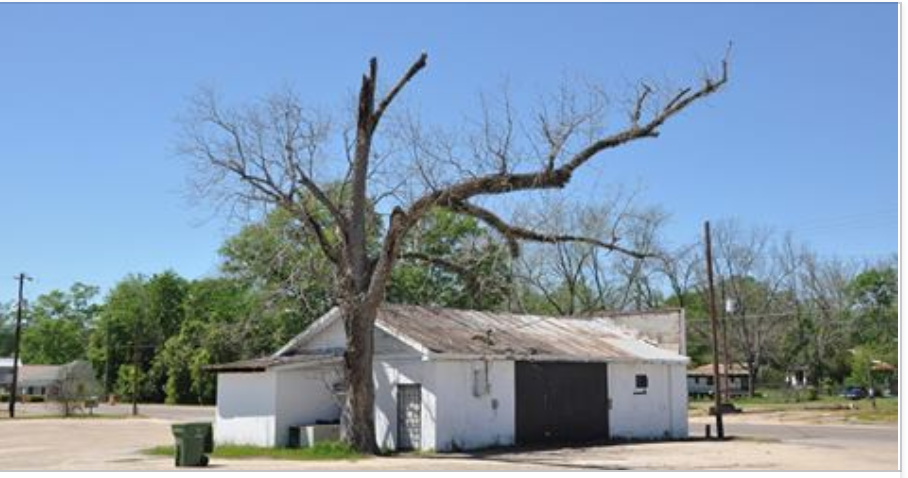 Castro’s Tree: Located behind the old Progressive Era newspaper office in downtown Camden, this pecan tree is said to be visited by an unusual informant with uncanny knowledge about events in Camden, including the names of wanted criminals. The late Mark Curl, who worked at the newspaper, said that Castro was a young, clean-cut black man who often rode up to the tree on his bicycle in the late 1970s. Curl indicated that there was something otherworldly about Castro especially since no one else in town had ever heard of him or seen him, including the police. This tree was recently damaged by Hurricane Nate.
Coy Cemetery: Located at the dead end of Coy Cemetery Road, southwest of Camden, this large, country cemetery has been the subject of unusual claims of supernatural activity for years. Visitors to this cemetery have reported seeing an eerie, unexplained light over the graves and have heard disembodied voices from unknown sources. Some witnesses have even reported hearing their names called out by unseen spirits. 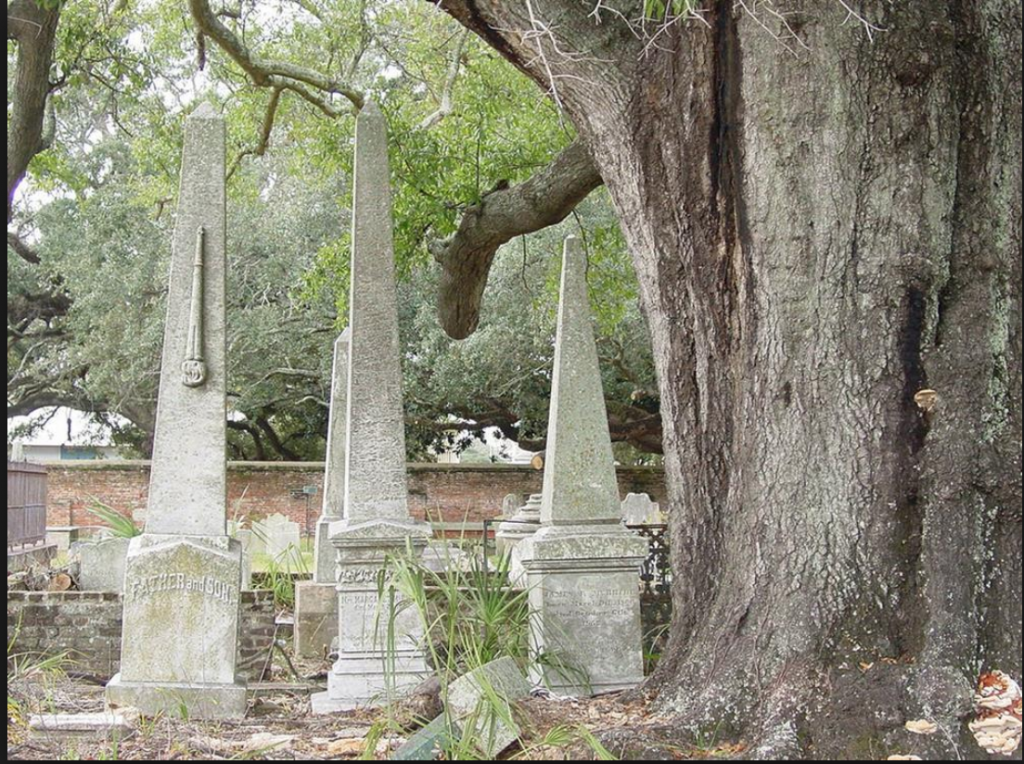 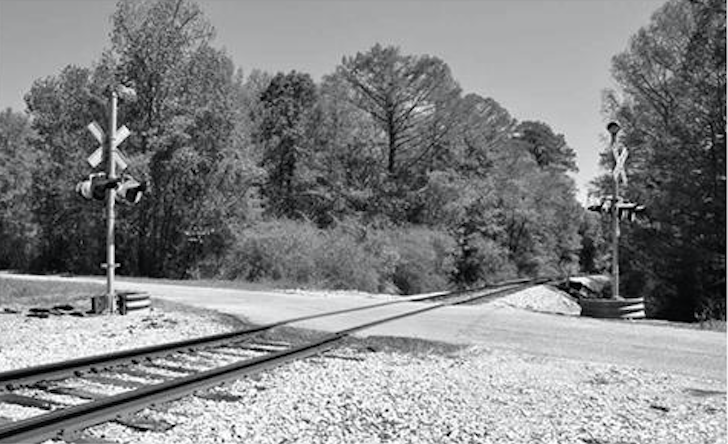 Coy Railroad Crossing: Located on County Road 13, stories about the haunted railroad crossing at Coy vary, but sources say that a group of children died in a tragic bus accident there in the 1950s. Now, the story goes, if you visit the crossing late at night, you can hear the sounds of children playing and laughing on the tracks. Others say that if you visit the crossing late at night or early in the morning, you can actually see the ghosts of children playing there. 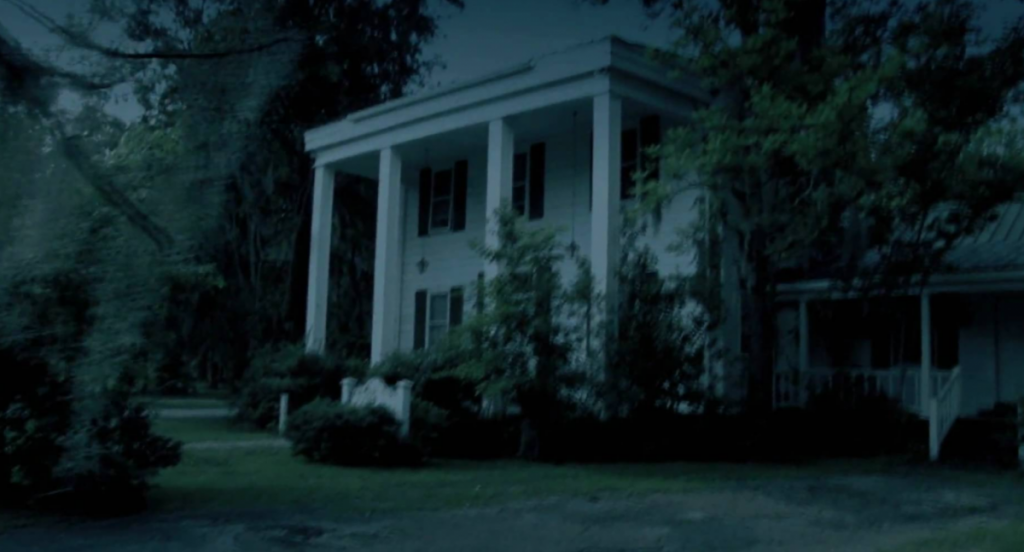 Gaines Ridge: Located off State Highway 10 east of Camden, this iconic house-turned-restaurant is said to be haunted by several spirits. According to one history of the house, Gaines Ridge “has its share of ghosts: the woman who screams and calls out, and has been seen from outside floating past the windows, the incessant crying of a baby, the aroma of pipe smoke in one room when nobody in the house is smoking, and the reflected image of a tall, gaunt man, dressed in black with a long beard.” 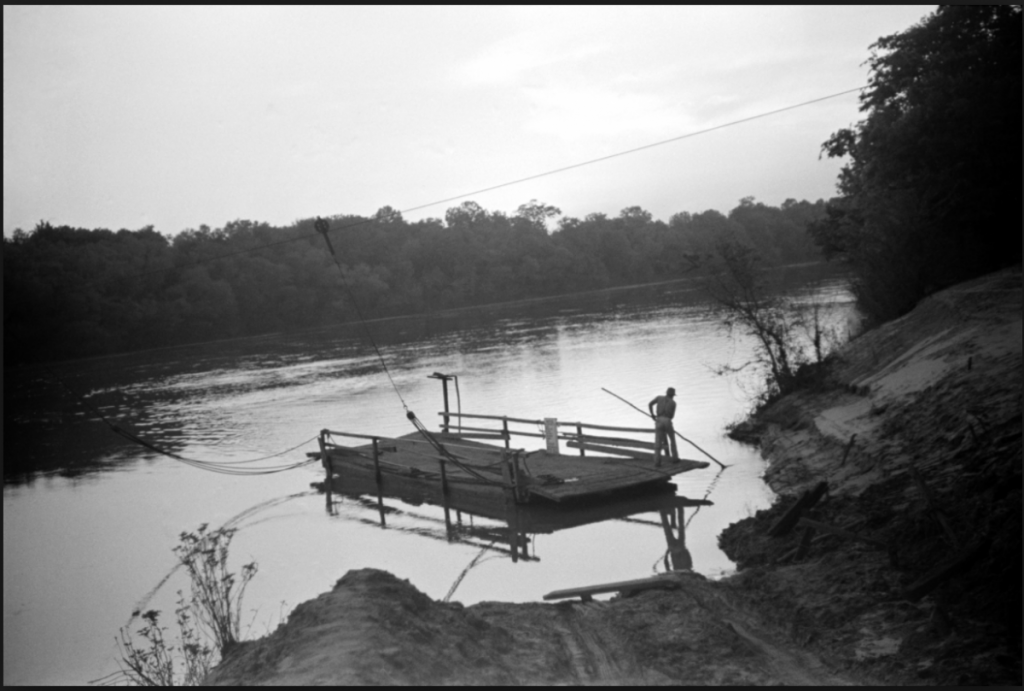 Gee’s Bend Ferry Landing: Located at the end of Ellis Island Road, northwest of Camden, this landing is said to be the site of a ghostly light that rises to the surface of the Alabama River. Witnesses say that this light grows up to 60 feet in diameter, and some say that it may have something to do with a military plane that crashed near the landing decades ago. Other say it’s the ghostly remnants of someone who drowned there while others say it has to do with a riverboat disaster. 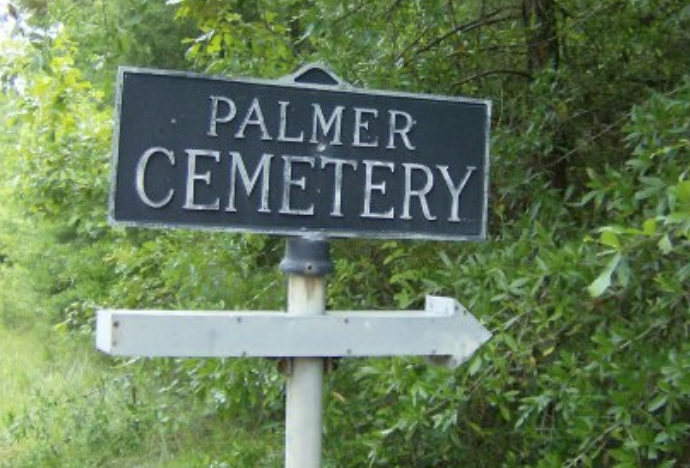 Haunted Hills of Furman: According to “A History of Furman, Alabama” by Dr. William Bradley Palmer, two high hills called “Old Savage Hill” and McCondichie Hill were considered “haunted places” by many older residents of Wilcox County. These two hills are located within one mile of each other, south of Furman. Many people were afraid to travel near these hills, and Palmer believed that the spooky tales about the hills had to do with “several deaths in houses that stand, or once stood, on these hills.” Later, Palmer wrote that, of all the “ghost-infested places,” a location called “Rock Hill,” near Wildcat Creek, is the setting for many “weird tales” told by older residents of the Furman community, who claimed to have seen lights and heard chains being dragged down the hill. 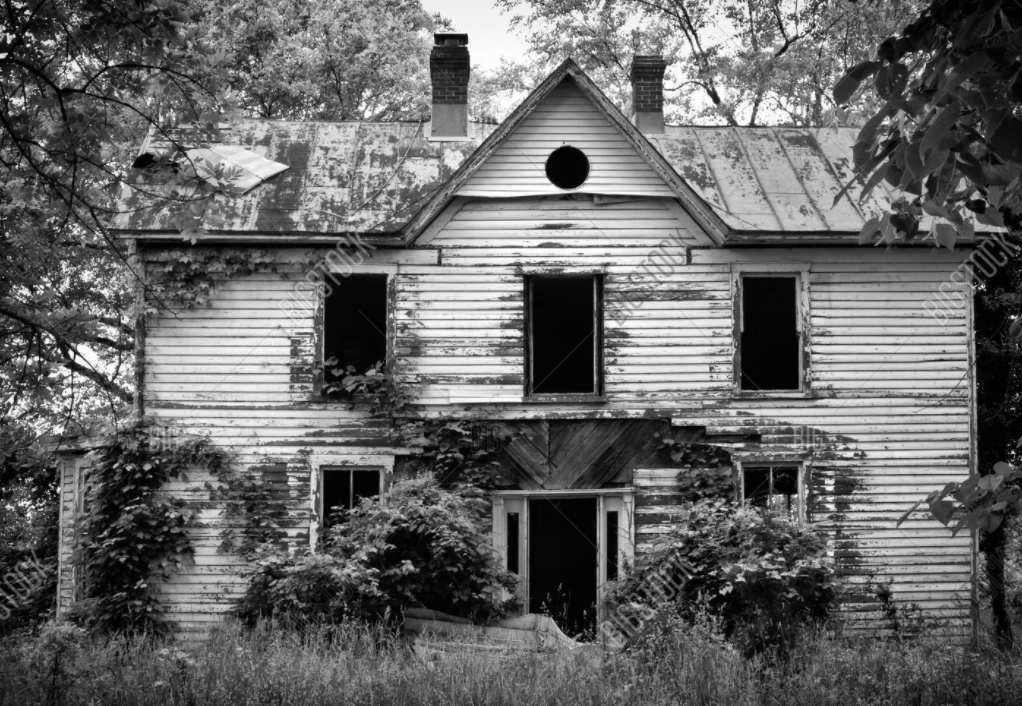 House of the Dancing Skulls: Located on County Road 51 north of the Rosebud community, the attic of this house was supposedly filled with human skulls. The belief is that spirits from these skulls are easily excitable, and when they become upset, they dance about in the attic and frequently about the walls and the ceiling. In times of great excitement, especially during storms, these “ha’nts” even venture out into the yard and hover around the tombs that hold their companions. For more information about this story, check out “Ghosts and Goosebumps: Ghost Stories, Tall Tales and Superstitions from Alabama” by Jack and Olivia Solomon.
Intersection of County Roads 59 & 24: Located north of Pine Apple, this spooky intersection is said to be haunted by the ghosts of slaves and Civil War soldiers. Visitors to the site at night say that they’ve heard the rattling of chains. Others say that the sound is caused by the clanking of military gear as ghostly soldiers march through the area after dark. 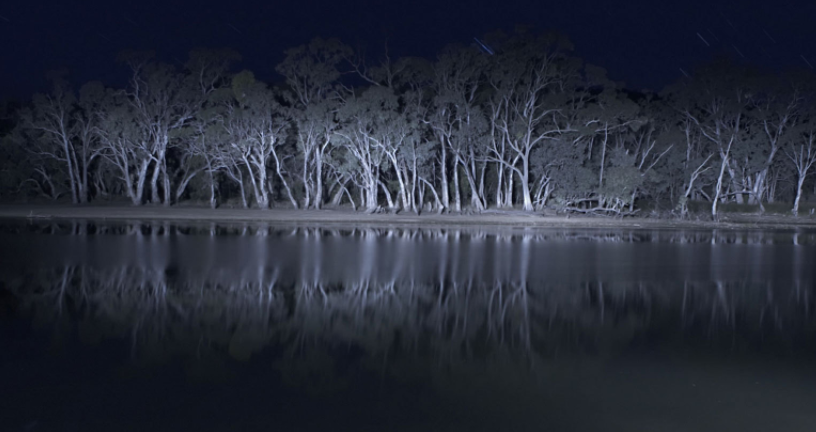 Millie Hole: Located on private property on Pine Barren Creek, west of County Road 59, this old swimming hole is supposedly haunted by the ghost of slave named “Millie.” The story goes that Millie (sometimes spelled “Milly”) was going to be sold away from her family, so she drowned herself in the creek. On moonlight nights, she supposedly rises up out of the creek, wearing a long white dress, and some claim to have heard her moans.
Purifoy-Lipscomb House: Located at Furman, this house was built by the Purifoy family in the 1840s and is arguably Wilcox County’s most famous haunted location. An old well behind the house is said to be haunted by the ghost of a man who died after being buried by tons of dirt while digging the well. This house has been featured in numerous books, including “13 Alabama Ghosts and Jeffrey” by Kathryn Tucker Windham and “Haunted Places: The National Directory” by Dennis William Hauck. 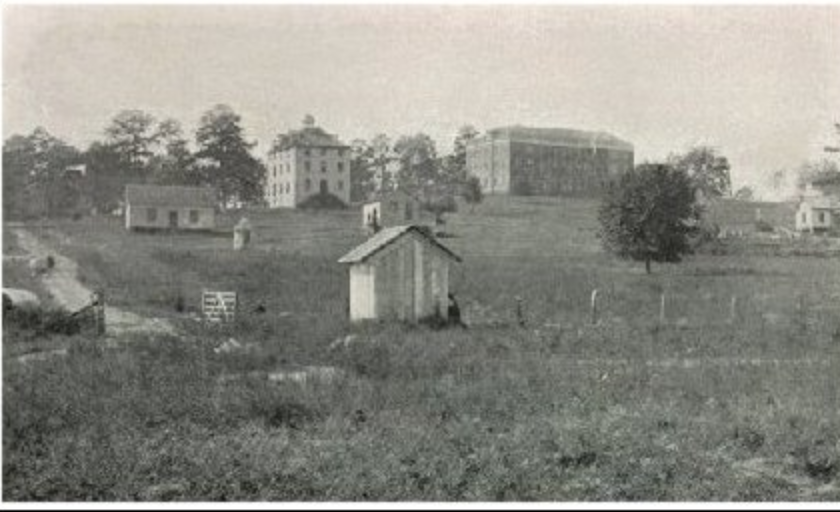 Snow Hill Institute: Located off State Highway 21 at Snow Hill, this historic school was founded in 1893 and is listed on the National Register of Historic Places and the Alabama Register of Landmarks and Heritage. A wide variety of ghosts have been seen on this old campus and at the Rhumpf Slave Cemetery nearby. For more information about this supposedly haunted school, I recommend that you read “Haunted Alabama Black Belt” by David Higdon and Brett Talley. 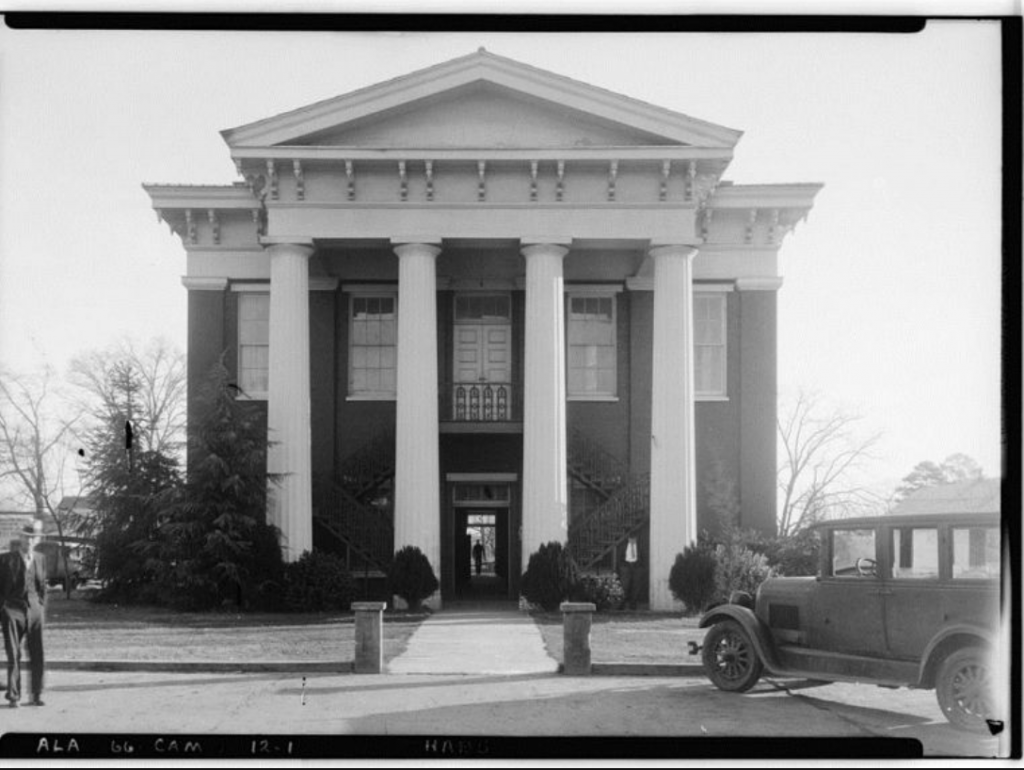 Unfilled Hole: Located on the northwest corner of Camden’s downtown square in front of the Old Courthouse, this unusual hole is now covered by a large, brick flowerbed. Historians say that a large pecan tree once stood on this spot, and it was used for public hangings more than a century ago. Supposedly, the spot beneath the hanging limb would not stay filled, despite the county’s best efforts, and visitors to the site today report feeling “cold spots.” This “haunted hole” is also described in the book, “Haunted Alabama Black Belt.”
Other nominees for this year’s “Spookiest Places in Wilcox County” list included the Camden Cemetery, the Dale Masonic Lodge in Camden, the Liddell-Burford House in Camden, the Moore Academy in Pine Apple, Prairie Bluff Cemetery, the Reaves Chapel Cemetery and the Wilcox Female Institute in Camden.
Before I close this column out, I want to make it very clear that many of the places mentioned above are on private property, so if you get the idea to visit any of these places (especially at night) you’d better get permission first to avoid getting in trouble for trespassing. Also, if you plan to visit any of these places, especially cemeteries, respect your surroundings.
In the end, contact me if you know a good local ghost story or if you have information about a spooky location in Wilcox County. You can reach me by e-mail at leepeacock2002@hotmail.com.