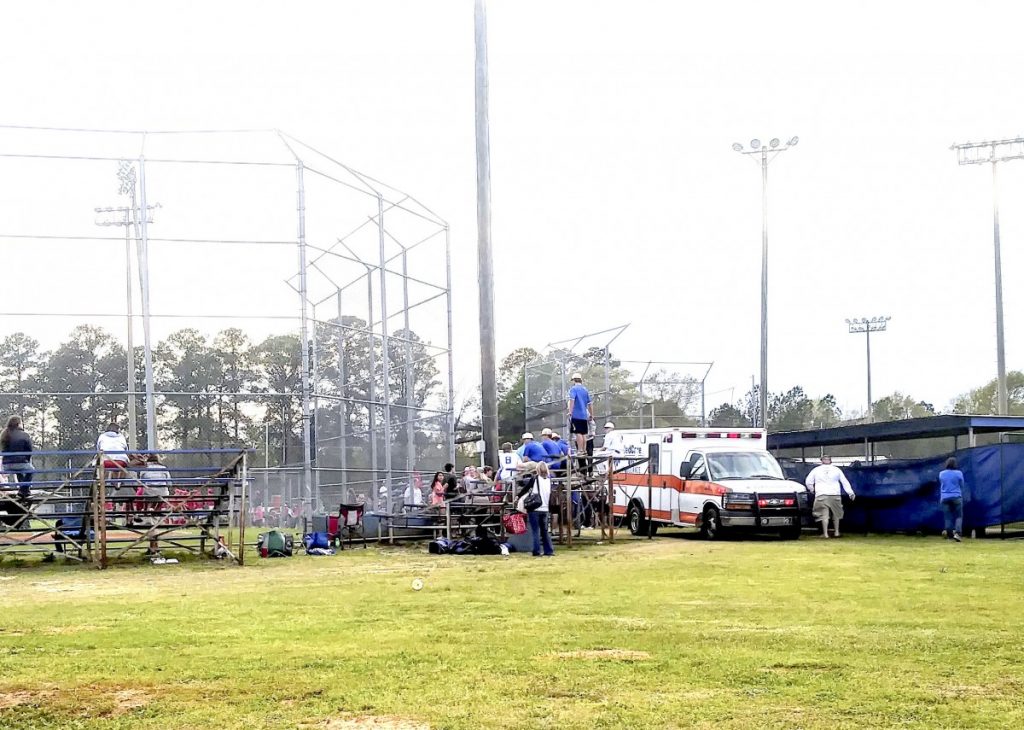 A girl from Patrician was taken away by ambulance from the fields at Wilcox Academy today after being struck in the head with a softball.

Spectators said the accident happened during warm-ups for a Tournament game, which was being held at Wilcox Academy in Camden. According to coaches, the girl was initially knocked out cold when a stray ball tossed by the catcher hit her in the head. However, the Patrician player was said to have gained consciousness and was responsive before being taken to J. Paul Jones hospital, where she is currently receiving treatment