One of the nation’s longest-running newspapers fell under devastating attack last Thursday. A lone gunman blasted shots through the Annapolis Gazzete’s front windows leaving 5 people dead and several others injured. Police say the shooter made numerous threats over social media just hours before it happened.
A few weeks ago we published a story about the State’s investigation into some stolen money and the involvement of former Chief Probate Clerk, Shekita Jenkins. That story eventually surfaced on the inter-webs, where public outrage and outrageous commentaries inevitably ensued. Jenkins, before deleting her Facebook, made several attempts to defend her good character, but to no avail. Those comments were chock full of obscenities, vulgarisms, and threats of violence. No surprise.
I was tagged in a few of them. Once, “I’m done with you,” Shekita said, both myself, Amanda Walker, and Judge Boggan would be very sorry for ever “scandalizing (her) name”.
When given the opportunity to make a statement, Shekita answered with “(eye-roll emoji) boy bye, I’ll let my attorney do the talking…and those aren’t threats, those are promises (kissy-face emoji)”
A certain level of class should only be expected from one of the highest paid employees in Wilcox County, and Jenkins did not disappoint; at least not any of us who were already well-versed on the Courthouse’s history of corruption.
What should spark most concern should not be the retaliations of a guilty person who simply claims they are innocent, but instead a guilty person who claims—and also believes—they are innocent.
Shekita seemed to believe she’d been thrown under the bus by retiring Probate Judge Jerry Boggan. Even though one check totaling over $12,000 was actually written in her own name. Shekita professed that a “con” was actually responsible. Given the history of wrongness staining the resume’s of both Judge Boggan and most branches of Wilcox County government, evidence does exist to question whether or not we had the entire story. Could we, as a newspaper, actually have jumped the gun in printing these allegations? And if the stories we were writing were in fact as fraudulant as the checks Jenkins allegedly wrote, would the injustice be enough for her to actually jump the gun herself?
Could she really be a violent person?
Shekita was out-of-town recovering from an extensive cosmetic surgery when the news went public. This procedure included a tummy tuck, liposuction to the abdomen, flanks, upper and lower bra roll and inner thighs. She told friends it cost her just over $14,000.
The timing suggests all that missing money went into sucking lard out of a crook; but the point is, Ms. Jenkins was not, and is still not immediately available to state her case as the investigation progresses. The only thing we’re left with is a ghosted Facebook account and screenshots of the last words she ever made—threats, and PROMISES of physical violence.
I find it interesting just how 20/20 our hindsight can be after these attacks take place. Nobody was able to impede on the Annapolis shooter soon enough to save 5 innocent lives, even though the threats and motives were made starkly clear on Social Media as soon as that very morning.
Nobody seems to notice “red-flags” of a troubled teen, but the nazi flags and t-shirts self-professing him as a “killer” suddenly become of interest to people AFTER he shoots up his classmates.
In the era of “see something, say something,” members of the public did just that before the Parkland shooting. Someone apparently reported Cruz’ behaviors to the FBI in November. But what followed seemed to fit a disturbing pattern in the lead-up to the Parkland, Fla., massacre: No report was filed, and there is no evidence the threat was ever investigated.
It’s time to get with the program. Until these threats are taken seriously, we’re all going to be left chasing our tails in rhetoric and preaching “shoulda-coulda-woulda” philosophies without ever making a dent in the underlying issues.
See something. Say something. Do something. Before it’s too late. 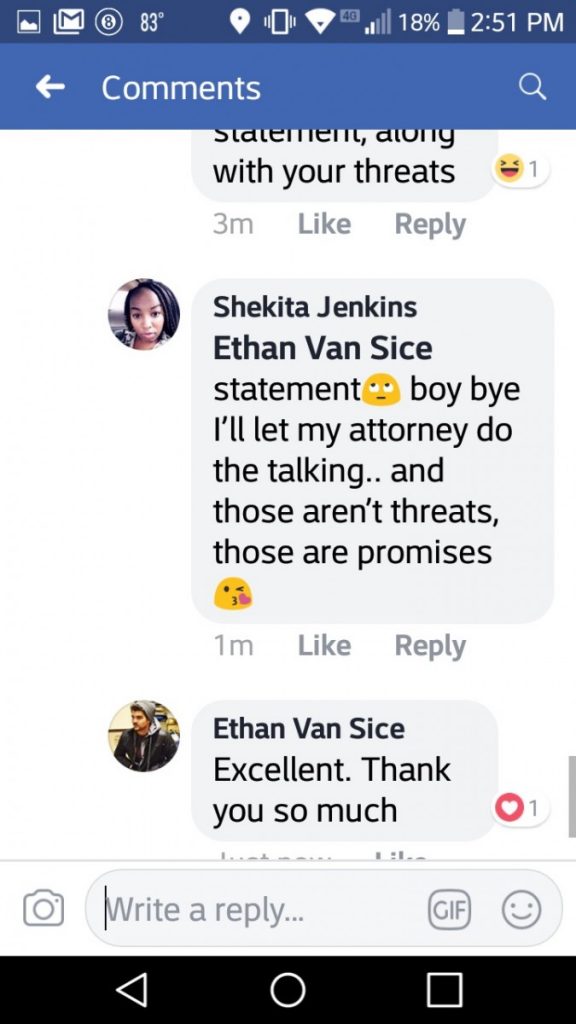