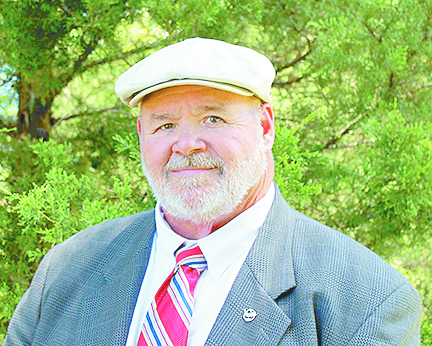 For What It’s Worth

Did you see the news arti­cle a week or so ago that told about a bridge in Clarke County being named for Ben Rodgers Lee?
Ben who?
Ben Rodgers Lee, the un­disputed guru of turkey hunt­ers.
Ben, you see, was the man who revolutionized the art of calling turkeys when he set up to make mouth yelpers in
a little building down at Coffeeville.
Prior to his entry into the field of turkey calling, hunt­ers relied mainly on “box” calls; things like the time­ honored Lynch and the new­er slate boxes.
Their use was –and re­mains– an art of the first magnitude. One false move and sound was more a rau­cous alarm and less the se­ductive cluck of a hen.
Then along came Ben Rodgers Lee with a bent piece of lead and a bit of rub­ber from a condom.
The result –assuming the user didn’t choke– was a tur­key call so simple even a Birmingham businessman could master.
Yes sir, Ben Rodgers Lee left his mark on turkey call­ing.
Unfortunately, he died in a fatal wreck at the bridge which now bears his name.
Forever more he will be re­membered by Clarke Coun­tians for having done his part to put their little county on the map.
No matter that motorists from elsewhere won’t know who Ben Rodgers Lee was nor why he deserved a bridge of his own. That isn’t impor­tant.
What is important is that the people of Clarke County saw fit to honor one of their own.
And that’s what I’m about today. I believe a few words are appropriate to express -­ for myself and the communi­ty– our appreciation for one of our own who has become an ambassador of good will for Wilcox County.
I’m talking about James “Big Daddy ” Lawler.
The idea came to me a few weeks ago when I went into a sporting goods store in Huntsville. I was just brows­ing, whipping fishing rods in the air and toying around with the controls of a new trolling motor.
A young clerk came up and asked if he could help me.
I told him I was jut look­ing; thinking about the crap­ pie season that was then still a few weeks into the future.
The young fellow asked where I lived and I said, “Camden; down in Wilcox County; about 40 miles from Selma.”
“You don’t have to tell me where it is,” he said. “Do you know Big Daddy Lawler?”
I told him I did; that Big Daddy is a friend of mine.
When I asked how he knew Big Daddy his answer surprised me:
“I don’t,” he said, “but I sure wish I did. He knows more about crappie fishing than just about anybody.”
Frankly, I hadn’t thought about that but it made sense when the kid said it. ·
Big Daddy does know a lot about crappie fishing. He knows a lot about a whole lot of things. From an “outdoor­sy” perspective there aren’t many who are as knowledge­able as Big Daddy Lawler.
On top of it all, Big Daddy Lawler is a genuinely lika­ble, friendly individual. That’s more than can be said of a lot of us and it cer­tainly qualifies him for a modicum of recognition.
The more I thought about the awe with which the young store clerk/fisherman spoke, the more I came to realize how much nicer it was to have someone know about Camden and Wilcox County because of Big Daddy Lawl­er than because of murderers, corrupt elections and sub­standard schools.
I haven’t told Big Daddy any of this. Today’s paper will come as a complete (per­haps embarrassing) surprise to him. But I hope not.
I hope that he will accept this column in the spirit intended: Sincere recognition for an individual whose mo­tivation is promoting good clean fun in a county more widely known for more unsa­vory activity.
Big Daddy was in his ele­ment this past Saturday at Bridgeport Park where he or­ganized and directed the BDL (I reckon that stands for Big Daddy Lawler) jackpot crappie tournament.
The event drew 20-odd boats and everybody had a 1 good time despite the weather and the fact that fish were reluctant to bite.
Actually, the average fish weighed a hair ·more than a pound; good by measure.
What made the event spe­cial was that Big Daddy sin­gle-handedly picked up the banner to carry on the tradition of an event formerly sponsored by local firemen. I appreciate what he did and I know those who fished in the tournament are grate­ful as well.
I’m not in a position to name a bridge in honor of this living legend. But Iam going to honor Big Daddy in my own way.
There’s a big submerged stump down the river past my house. I’ve seen Big Dad­dy fish there lots of times.
So, henceforth, that stump is going to be “The Big Dad­dy Lawler Crappie Stump”.
Like all good fishing holes, it shall remain un­-marked!