By now it’s no secret that folks in Camden know their way around a kitchen. In recent years, we’ve joined several “Best Of’” lists in nearly every southern culinary league you can think of. Our fried chicken left multibillionaire Mark Zuckerberg so satisfied he gave “Jackson’s” his personal thumb of approval. The no-frills, down home historic setting of Gaines Ridge Dinner Club has been vouched by reviewers statewide as being “worth the drive.” The barbecue showcased at the Mark Curl BBQ cook-off was dubbed the best in the area by AL.com. Thus proving that barbecue, and the cooking gene in general, is so well-ingrained in Wilcox County that it’s nearly impossible to pick just one.
For a long time we’ve stuck to our guns when it comes to food. Barbecue, chicken, and fish are our main comfort categories. As long as you can slather, fry, and sauce it liberally with good old-fashioned elbow strength, it will more than likely be edible. The process is a mixture of instincts, gristle, and flavor that’s been perfected and trusted by those of us in the Western Hemisphere for generations.
However, even in the most traditional of settings can an opportunity for newness take place. One such place is Rack & Reel Sports Grill in Camden. A fairly new venture founded by local businessman and former Chamber of Commerce president, Hunter Hines. The restaurant, which has brought over 20 jobs to the community, blends the best of southern hospitality with a comfortable, family-friendly atmosphere. Every seat is the “best seat in the house” when it comes to TV proximity. The bar experience is both inviting and adequately privatized. Located centrally to the main floor and made magnetic by the smiling, helpful staff, the bar functions as a communal station for all activities within the restaurant, maintaining a vibe both accepted by families and attractive to sports nuts.
Food and sports. Lord knows southerners are going to flock to those things. Hines knew this when he opened doors last year, and has continued to deliver. However, while still simmering in the grease of R&R’s eventual identity, Hines wanted to remain aware of the complex interests his local customers had, and to provide for them accordingly. Over 10 years of work within the county’s Chamber supporting local businesses, he knew Camden had an array of palates for things far over-reaching these green hills. Camden’s people welcomed new ideas, and in many ways thirsted for change in whichever way it presented itself. 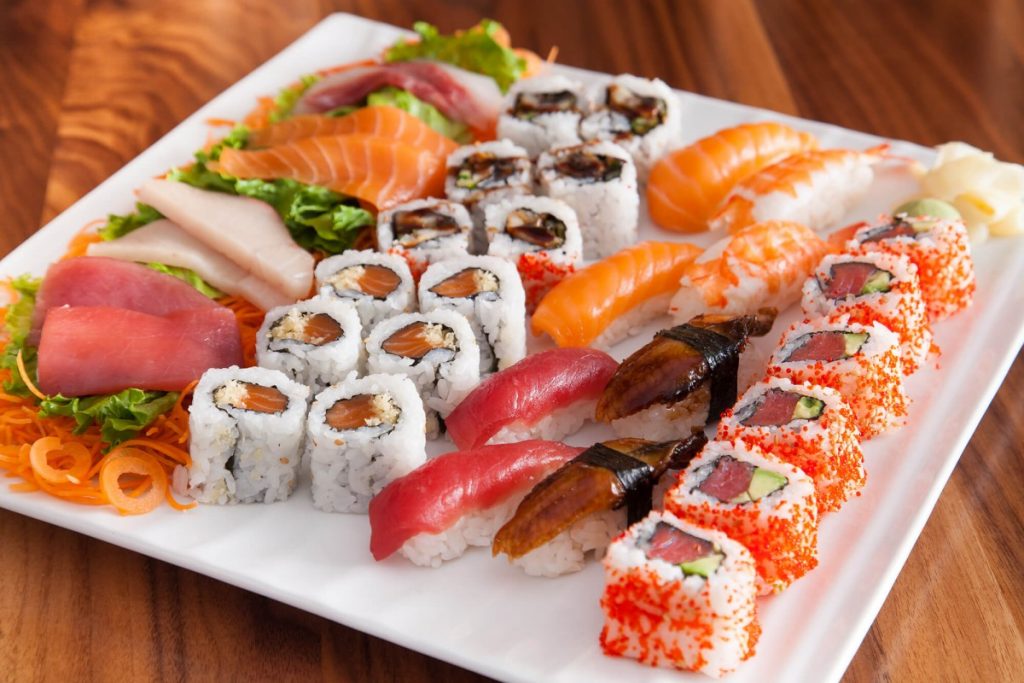 Enter, Eastern cuisine. Raw fish. Sushi, to be exact. It was a delicacy enjoyed by many, but you’d have to drive at least an hour away to make the catch. In places like Montgomery, Birmingham, and Tuscaloosa, sushi was a local offering that may have well been fresh off a Japanese ship. The artfully styled rolls and unique taste were attractive, compelling, and lying foreign on a matrix of wonderment for the Camden people, not disdain or scorn.
After doing some research over social media, Hines learned that mass quantities from his own neighborhood were often willing to travel long distances in order to eat sushi. This sparked an idea that was both risky and brilliant.
Hines announced his intentions to bring in a sushi chef for a special ‘trial run’. The response was nothing short of overwhelming. In the days leading up to chef John Helmers arrival, dozens of facebookers were placing their pre-orders. Word spread like wildfire across the community.
People traveled from all corners of the county to get a taste of the first in-house sushi ever produced, and some would be trying the dish for the very first time. It was such an enormous success, the wait staff were challenged to keep up with such high demand.
Hines was so inspired by the response, he decided to bring sushi back the very next Sunday, adding officially ‘Sushi Sundays’ to the growing list of Rack & Reel mantras. By the end of the week, sales had reached an all-time high for the summer.
Sushi may have found it’s niche in an unlikely place. Hines plans to continue offering this unique dish for as long as customers ask for it. He says this is just the start of some new ideas and has more to come soon. If you have not ventured out to find out why you can barely find a seat Thursday thru Sunday, and if you don’t believe me, just read all the 4 and 5 star reviews on social media then make plans to find out for yourself.