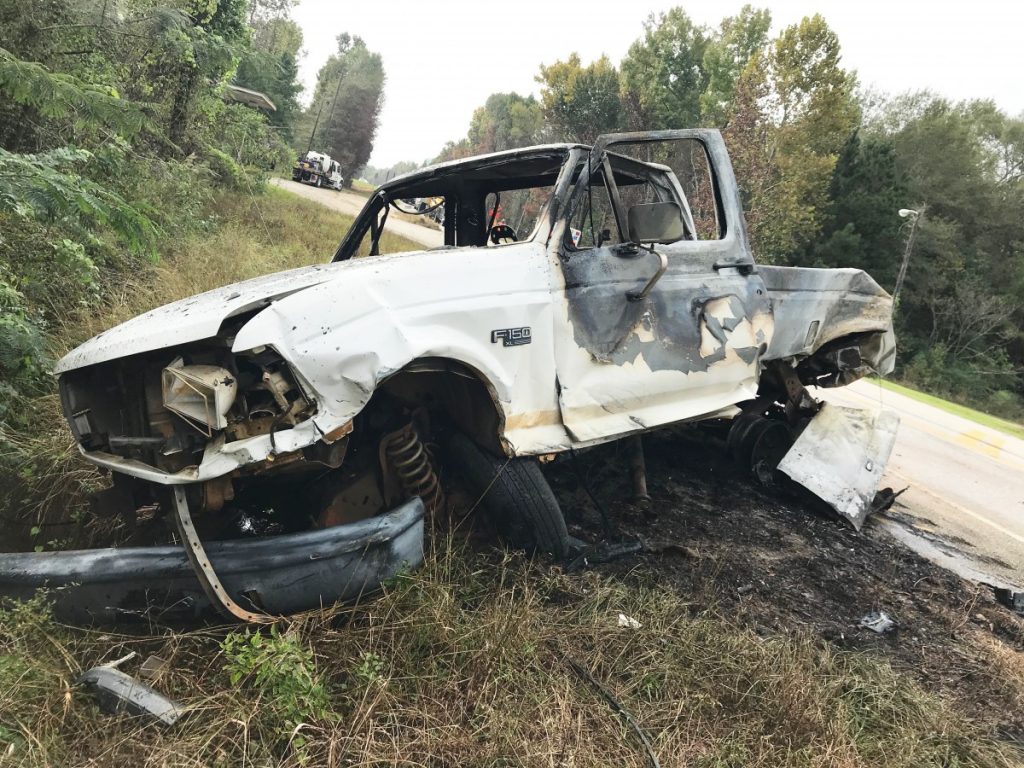 Traffic was backed up along Hwy 5 near the In & Out service-station in Pine Hill for several hours last Tuesday, after a severe 3-vehicle accident resulted in four people being injured.

Pine Hill Police Chief Nikisha Gailes said that the driver of an 18-wheeler will be at fault after failing to yield to roadway workers directing traffic. Brandon Tyrell Cowell, who was driving for Southern Haulers out of Calera, AL, reportedly ran into the back of a white pickup at a high rate of speed. The impact caused the truck to lurch forward and crash into a stalled, black camero driven by Bush Dumas, of Marengo County.

The truck then caught fire and exploded. Mark Harrison, the driver of the pick-up, was able to escape his vehicle before getting burned. He was reportedly taken to the hospital to be treated for a broken leg, among other injuries. A roadside worker, who’s name is not known at this time, was also taken away by ambulance to be treated for lower body injuries.