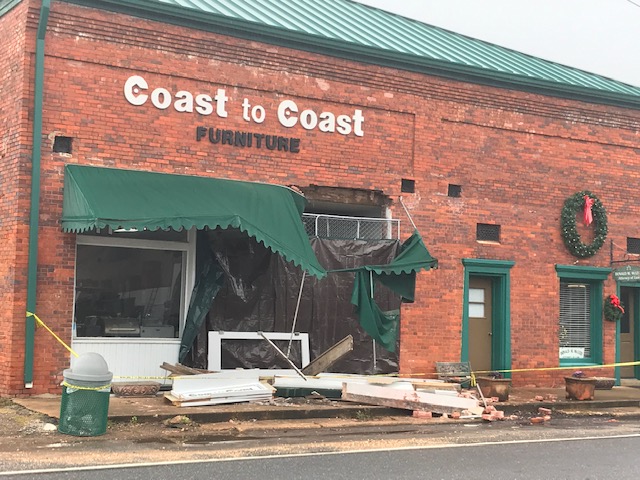 (Official Press Release: Camden PD) The Camden Police Department has been contacted by multiple parties in reference to a video that was published on social media. We will take this opportunity to respond to concerns about the officers that passed a vehicle accident in route to another call.

On 12-30-2018 Officers were performing crowd control measures at the Lena Powell Convention Center when at 2:31 officers were dispatched to a fight with weapons involved at the American Inn Motel. When in route to the fight call, officers passed a vehicle accident. The officers continued to the Fight Call based on the Priority of Life. While in route officers also received another Call-in (2:33) reference to a separate fight with weapons involved at Travis General Store along with officers were needed at Travis General Store for Crowd Control Measures. As you can see the call volume during these times were extremely high.

At 2:41 officers were on scene at the Vehicle accident less than 10 min after the accident was first noticed.

How we Prioritize Calls: We use a simple and effective method for prioritizing calls. Anything in progress is top priority. A home burglary in progress is dispatched before a home burglary that occurred last night. Anything that is life-threatening also takes top priority. A fight with weapons (anything wielded against another person is considered a weapon) is dispatched before a verbal dispute. Anything that involves children under 12 takes very high priority. A lost child call is taken immediately, whereas a missing adult may be referred to the person’s city police department (if out of our jurisdiction). Calls endangering property are dispatched as soon as possible if units are available. Vandalism and burglary calls may be delayed until officers are available. Also, calls about persons who are injured sometime prior will be responded to when units are available. This is unfortunate because, for example, we frequently receive calls from rape victims where the rape occurred weeks or months before, so immediate response will not help the victim. We receive so many calls each day for a wide variety of calls, many of which are not top priority, that often the lower priority calls must be held for some time until officers or deputies are available. We try to minimize the waiting time, but during very busy days, it is difficult to respond to every family fight, business alarm call, and other calls within a short period of time. Also, frequently an officer may be en route to take your report on a burglary that occurred last week, when he’ s suddenly preempted to respond to a domestic incident. Anything in progress that is life-threatening will take priority over a normal dispatched call, even if the officer is already en route. Please understand that it is always for a very good reason.

An arrest has been made in relation to this case. Info will be provided as it’s made available.