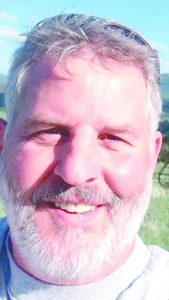 Michael (Mike) Daniel Rice of Camden Alabama passed away on June 3, 2020 after a long hard fought battle with cancer. He was a native of Cherokee, Iowa and grew up in Columbus, Nebraska.
Mike is preceded in death by his parents, Daniel A Rice and Sally Cole Rice, his late wife Randi Forsberg Rice, and brother Douglas Rice. He is survived by wife, Rochelle Renfro Rice, son Erik Rice (Holly), daughter Merete Rice and five grandchildren, all of Vancouver Washington. He is also survived by his sister Laura Rice Eichelberger, of Seattle Washington.
A graduate of Columbus High school, Mike graduated from the University of North Dakota, where he excelled on the wrestling team. He earned a masters degree in pulp and paper engineering from Georgia Tech University. He had an extensive career in the paper industry and was currently employed by Georgia Pacific Naheola in Pennington, Alabama.
The hallmarks of Mike’s character were strength, courage, and a positive attitude. An avid outdoorsman who thrived on adventure, Mike also loved the peace and tranquility of planting a garden and reaping the rewards of a bountiful harvest. Mike attributed his growth as a man to his Eagle Scout training and being a member of his wrestling team.
In lieu of flowers, donations may be made to Columbus Wrestling Organization, 2959 41st Avenue, NE Columbus, NE 68601 or Hope Lodge Birmingham at UAB 1104 Ireland Way, Birmingham, AL 35205-7001 or a charity of your choice.
A memorial service will be held on Saturday, June 13 at The Camden Methodist Church at 11:00 a.m.