Archie Donald “Don” Campbell, 86, of Foley, AL, passed away peacefully on January 6, 2021 at West Florida Hospital in Pensacola, FL. A graveside service will be at 1:00 p.m. at Society Hill Cemetery on Monday, January 11, 2021 with Brother Bob Weber officiating and Dunklin & Daniels Funeral Home of Camden directing.
He was born in Camden, AL on February 28, 1934, son of Janie and Archie Campbell. He is survived by his spouse, Willie Mae Campbell, and his son, Robert Rayford Felts, Jr (Beth) of Gulf Shores, AL. He is also survived by his brother Dan Campbell (Bonnie) of Livingston, AL. Don was a loving grandfather to Bonnie Martens, Olivia Lowe, Vance Felts and Emily Felts, two nephews Donald Campbell and Brian Campbell. He also was blessed with three great-grandchildren, Cason & Elise Martens and Ellington Felts.
Don graduated from Wilcox County High School in 1952 and then served in the United States Army as a medic in Germany when he was a young man. He is remembered by classmates and friends as a bright student with a love for mathematics and business. In 1983 he purchased the Francis Gregory Store in Camden, AL after working there for most of his younger life. He owned the store for many years until his retirement in 1995. In 1992 he married Willie Mae and they shared a wonderful and loving life together for over 28 years. Don spent much of his retirement time with his cows, vegetable garden and family. He was an active deacon of Camden Baptist Church and a 50 plus year mason of the Dale Lodge No. 25 F & AM. Don will be remembered as a kind and generous friend to many, always willing to help others.

In lieu of flowers, the family requests that any donations be made in memory of Don Campbell to the Society Hill Cemetery Fund at 741 County Road 49, Camden, AL 36726 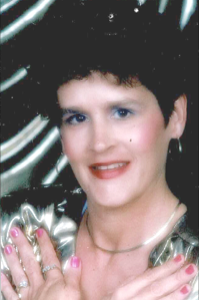