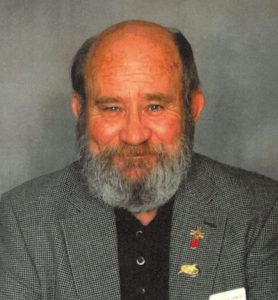 Mr. Ferguson was born in Bluefield, W. Va. and had been a resident of Repton since 1993. He was the Veteran’s Representative for Monroe and Wilcox Counties for many years, retired from the Navy after 22 1/2 years, was in Vietnam, involved in the invasion of Panama and the invasion of Grenada and was part of the Defense Mapping Agency for the Navy. He was a sponsor of the Boy Scouts, coached youth baseball and football, was State Commander of the American Legion in 2008, the Grand Knight of the Knights of Columbus, a member of the Annunciation Catholic Church and enjoyed fishing and being outdoors.

Preceded in death by his parents, Billy Alfred Ferguson, Sr. and Pauline Ferguson; and a brother, Timmy Ferguson.

Services will be Thursday, December 1, 2022 at 11:00 AM at the Annunciation Catholic Church in Monroeville with Father Stephen Hellman and Father Pat Madden officiating.  Burial will follow at Barrancas National Cemetery in Pensacola, Fla at 2:00 PM with military honors.  Visitation for Mr. Ferguson will be Wednesday, November 30, 2022 from 6:00 to 8:00 PM at the Monroe Chapel Funeral Home.