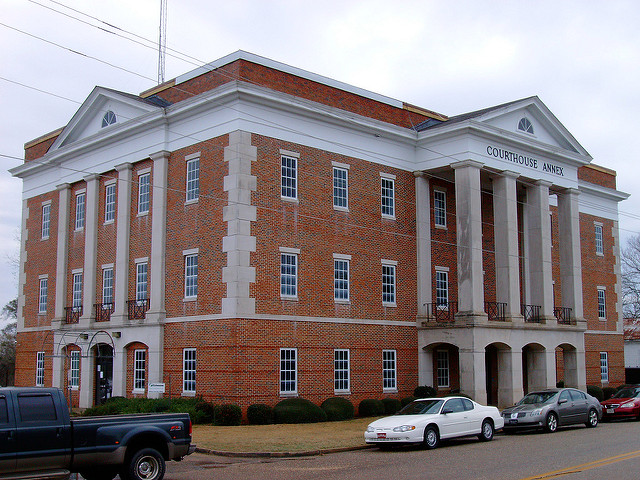 County commissioners are hopeful and optimistic that a new sales tax increase  could possibly save Wilcox County’s only remaining hospital; as each day, J. Paul Jones Hospital in Camden moves further and further to shutting it’s doors for the first time in 60 years.

An official vote was taken for a taxable resolution, one that seeks to bump sales tax up by a penny, from $0.10 cents on the dollar to $0.11, during Monday night’s regularly scheduled meeting. The vote was passed unanimously with no opposition.
Bill Albritton projects an approximate $550,000 could be profited from the one cent ($0.01) increase, but that he thinks it “really won’t be enough.”
“But I think that it will spark some others that are sort of sitting back waiting to see what we’re going to do,” Albritton continued, “hopefully some other things will be put in place.”
Chairman John Moton reminded those in attendance that the Commission had been working diligently to establish the most reasonable solution to J. Paul Jones’ debt problem. “I would like to propose that we also include other funding sources, through level-funding by the State” Moton said, “I would like to see either the state get it’s act together, or the Feds get their act together. If the hospital is able to sustain, they’d take that tax off.”
Commissioners mentioned the new sales tax would be earmarked, strictly to benefit the longevity of J. Paul Jones Hospital. Should the hospital not receive the substantial financial needed in time to stay in operation, the tax would be revoked, or no longer in effect.
Posted in News, Uncategorized