Effective immediately, county sheriffs will no longer receive an allowance to feed prisoners due to the vast misuse of these funds across the State.

Sheriff Earnest Evans was recently cited as a defendant in a legal complaint filed to the Circuit Clerk’s office in Hale County. Evans, along with many others, was cited for violating the Alabama Public Records law by failing to disclose records showing whether they have personally profited by taking money for feeding inmates in their jails.

The money will instead be sent “to the County’s general fund or to an account established for the sheriff’s official use, whichever is appropriate for the county at issue under local laws and ordinances consistent with state law.”  A memo was sent out Monday describing Governor Ivey’s new directive. 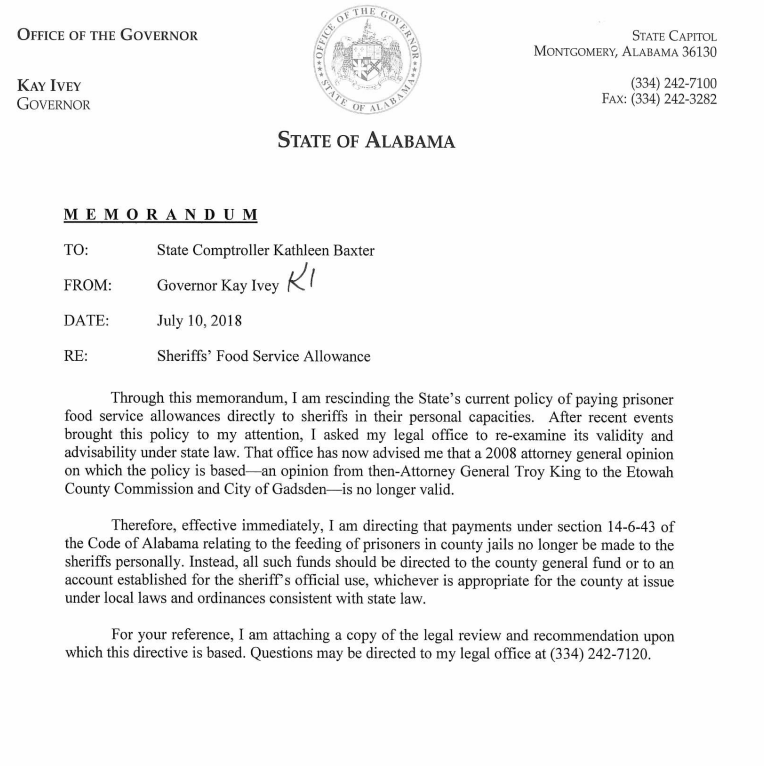