A 19-year-old car thief led officials on a high-speed chase through 2 counties last week. Pursuit began after the driver, DeDarrius Harris (a.k.a “Little Earl”), hopped in an unoccupied vehicle at Travis’ General Store on the Camden Bypass around 3 p.m. on June 19th.

Car-owner Heidi Sharpe said she entered Travis’ General Store with intentions on buying a bag of ice. “That’s when a guy leaned in and said ‘somebody just took your car,” she says.

Sharpe and her husband, Kendrick Robinson, followed the 2018 Impala as it traveled down Hwy 10 towards Greenville. Camden City Police soon gave chase, followed by the Wilcox County Sheriff’s Department. Officials in Monroeville were given a heads-up that the car was headed their way.

OnStar services were able to disengage the vehicle remotely just as the driver crossed the Monroe County line. DeDarrius Harris was taken into custody by the Monroe County Sheriff’s Department and transported to the Prince Arnold Detention Center in Camden. He has been charged with Theft of Property and Reckless Endangerment. 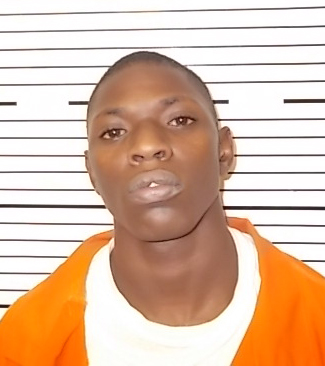