A new pet shop is coming to Camden next week. This locally operated business will carry supplies, toys, and food for just about any species you can think of, and will even have dozens of unique, exotic pets for customers to take home and love.

“We’ll have just about everything—except cats and dogs,” says Haley Pierce, a 27-year-old animal lover and soon-to-be managing, shop owner of Boomer’s Birds & More. “I’ve got over 80 different animals right now,” Haley says. Everything from soft and cuddly creatures like the baby chinchillas and ferrets, to the more cold-blooded types of friends like bearded dragons, tortoises, and geckos. Haley says she’s here to fulfill the needs of Camden’s new or aspiring pet owners. And although she’s not much of a spider or snake person, “they creep me out and I don’t like to touch them,” Haley says those types of animals can be ordered if anyone is interested. 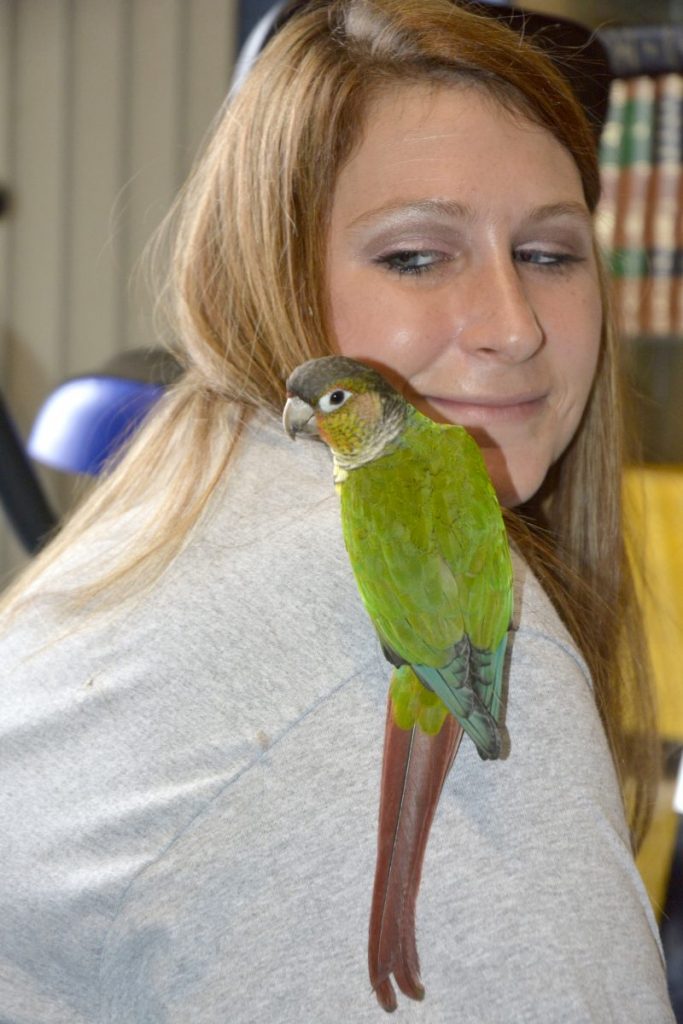 The idea to open a pet shop in Camden came sort of out of nowhere. Many years ago, Haley adopted a cockatiel named Boomer from a friend, who after suffering from a stroke was no longer in well enough health to take care of him. Boomer, who today is 6 years old, eventually spawned a natural love of birds for Haley. From thenceforth the family kept finding ways to acquire new birds and animals, which were being kept at their house in Darlington.

A Facebook group was started after Haley acquired the appropriate business licenses and she began selling animals over the internet. Since Boomer was at the head of a domino-effect in animal dealing, he would eventually become the namesake of Boomer’s Birds & More. “He came to us a little unexpected, but now he’s like our mascot.”

The store will have its grand opening October 1st, and will be located right across from Hardee’s in the old Mystik building at 20 Highway 41 North in Camden. A few specials will be offered. Opening day only, 1 parakeet with a cage will only cost $20. Also, specially marked fish will be sold 3 for $1.00. The shop will be open from 10 a.m. to 6. Stop by and make some new friends! 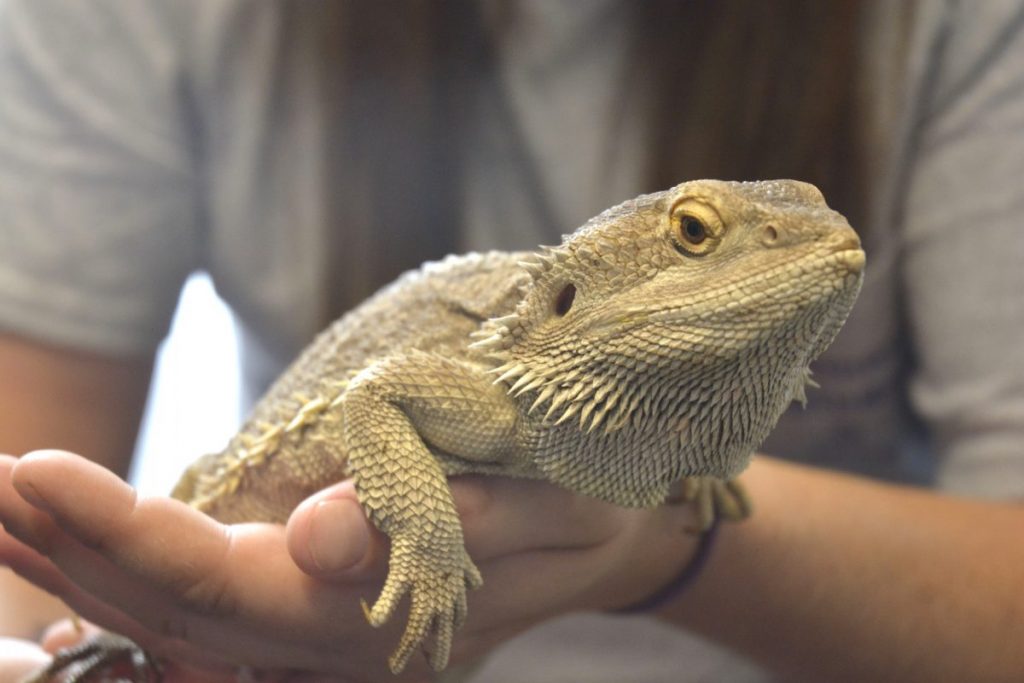 (ABOVE) An adult male Bearded Dragon, (BELOW) a juvenile male Chinchilla, just a few of the many critters available for sale at Boomer’s Birds & More. The grand opening will be Tuesday, October 1st at 10 a.m. -Photo by Ethan Van Sice 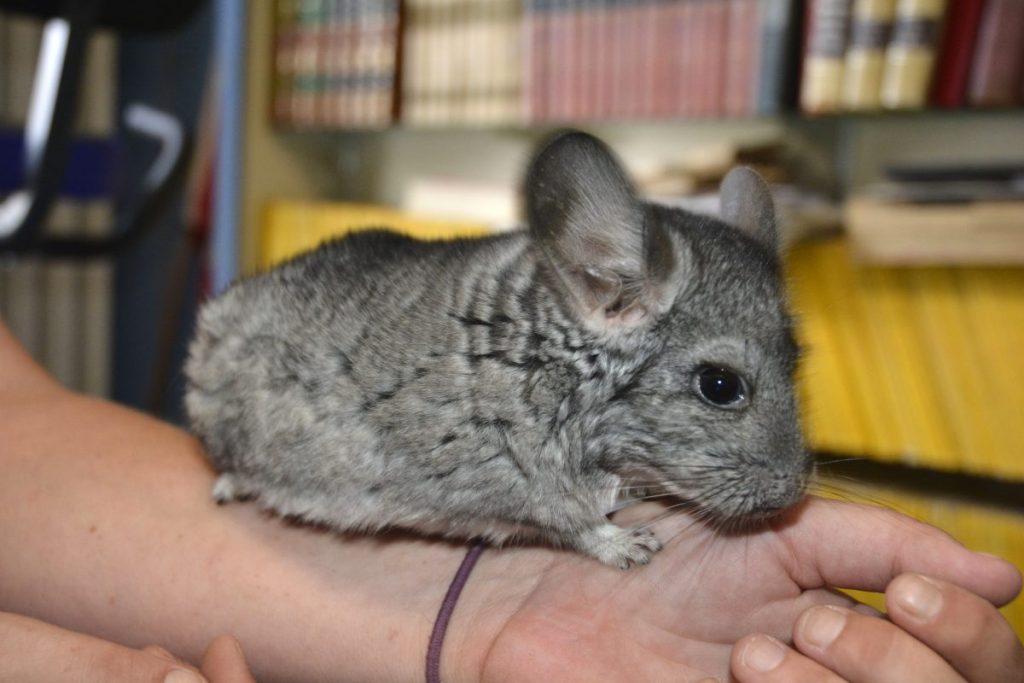