The incident occured last Wednesday, December 4th. The boys allegedly opened fire on a home on 1st Street in Yellow Bluff. It was the same property where deputies found 4 dead dogs back in October, and another teen was arrested for 11 counts of Animal Cruelty.

Sheriff Evans said the house was occupied when the shooting occured, but nobody got hurt. All 3 suspects are being held without bail. Due to the Class A felonies of Attempted Murder, they will be tried as adults. 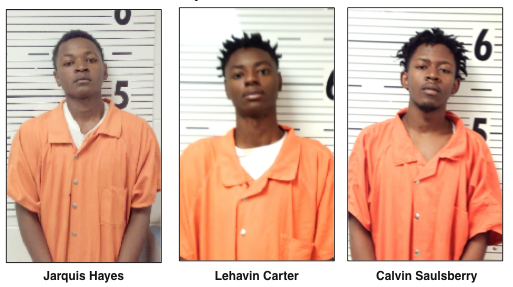