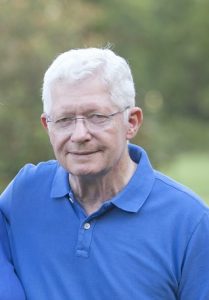 Leighton L. Skinner, resident of Camden, Alabama passed away on Sunday, May 6th, 2018 from complications related to Parkinson’s. Leighton L. Skinner was born on September 9, 1940 in Monroeville, AL to Bert and Flora Belle Skinner. He graduated from Wilcox County High School in 1958 and from Auburn University in 1964 with a degree in Forestry.

As a Forester, he worked from Alabama to Texas then back to Alabama. In June of 1985 he returned with his family to Camden to work for McMillan Bloedel. Leighton worked in wood procurement, land management and strategic planning. The paper companies he worked for were Union Camp, Champion International, MacMillan Bloedel and Weyerhaeuser.

Leighton served in the Alabama National Guard and Army Reserves for 25 years. He obtained the rank of Lt. Colonel in Field Artillery. He served with the 87th Maneuver Area Command (MAC) in Birmingham until his retirement in 2002.