“Chief Nikisha Gailes has the respect of her department. She has the trust of the citizens. And she has backbone to withstand this scrutiny.”

Following a rash of mass-shootings last week, a post was made to the Pine Hill Police Department’s Facebook page which read, “two mass shootings in 24 hours? Is America great again yet?” Such a response was sure to incite backlash for its political undertones, but perhaps not to the degree Pine Hill Police Chief Nikisha Gailes expected.

The post received so much heat that it was ultimately removed from the PD’s page within a few hours. An apology was posted in response to all were offended, in which Chief Gailes denied any intentions on blasting Donald Trump. She claimed the focus was instead to shed light on the horror of yet another mass shooting in our Country. “I can’t force you to accept the apology or force you to believe otherwise.” she said, “So continue to lash if you like but it won’t stop me from being a good chief!”

Well, a good ‘lashing out’ is exactly what happened. Chief Gailes inadvertently shook a tree and every MAGA sympathizer fell out of it. Comments insulting everything from her professionalism, to her intellect, to her department and city as a whole were languished with reckless abandon. Spectators from all over the Country visited the page to bear witness. The negative feedback rolled in until Mobile news station WKRG picked up on the ruckus. Dozens of negative feedback ratings were posted, mostly by strangers to the community, which plummeted the Pine Hill PD approval rating down to a 1.8 out of 5 stars. Several comments called for the Chief to step down from her position.

Although I’m confident this will all blow over, it will surely leave a lasting smudge on a reputation that Chief Gailes has worked very hard to make spectacular. For those who are familiar, Chief Gailes has been a stellar example of professional service to the community and continuous empathy to her citizens over the years, particularly to the children. She’s lobbied tirelessly with the Pine Hill City Council to put on events, fundraisers, and parades. She has hosted movie nights for the kids, making sure they grow up with positive impressions on law enforcement. She goes all out for Law Enforcement Appreciation Week, making sure each and every one of her officers are given specific recognition. She hand-writes full, detailed reports on just about each incident of note, and makes a point to cooperate with local media who’s job it is to relay facts back to the public. Chief Gailes does her job very well, and any municipality would be lucky to have her. But even for the best of the best, there are lessons to be learned.

The Pine Hill PD’s Facebook page was not the place for a Chief of Police to pay her political two cents; the events that unfurled in the aftermath of this incident are prime examples as to why. The public should not be keen on a Police Chief’s political waywardness, as it lends too much to assumed for bias. Should a person who believes differently than the Chief be fearful that they’ll receive less-than-favorable treatment from the police when compared to those who agree with her?

The same goes for a municipal page posting advertisements for local restaurants in the area, which the PD is also guilty of. Should the owner of Mike’s Country Kitchen wonder why their lunch specials are not being highlighted on Pine Hill PD’s page to the same degree as say, the Commissioner’s Pit? Such behavior leaves too much up to the imagination, and leaves the impression that some citizens in the area are being held to higher regard than others.

I can promise you Chief Nikisha Gailes has the respect of her department. She has the trust of the citizens. And she has backbone to withstand this scrutiny. Everyone makes mistakes, and after all the good Chief Gailes has done in our community, I think she should be lent a mulligan on this one.

Take it as a lesson learned, and move forward. This whole social media world is one that is new to all of us. New rules are being written nightly. With an engine that allows us to rapid-fire such imperfect opinions from one sleeve, perhaps we should holster forgiveness and a few second chances to the other. 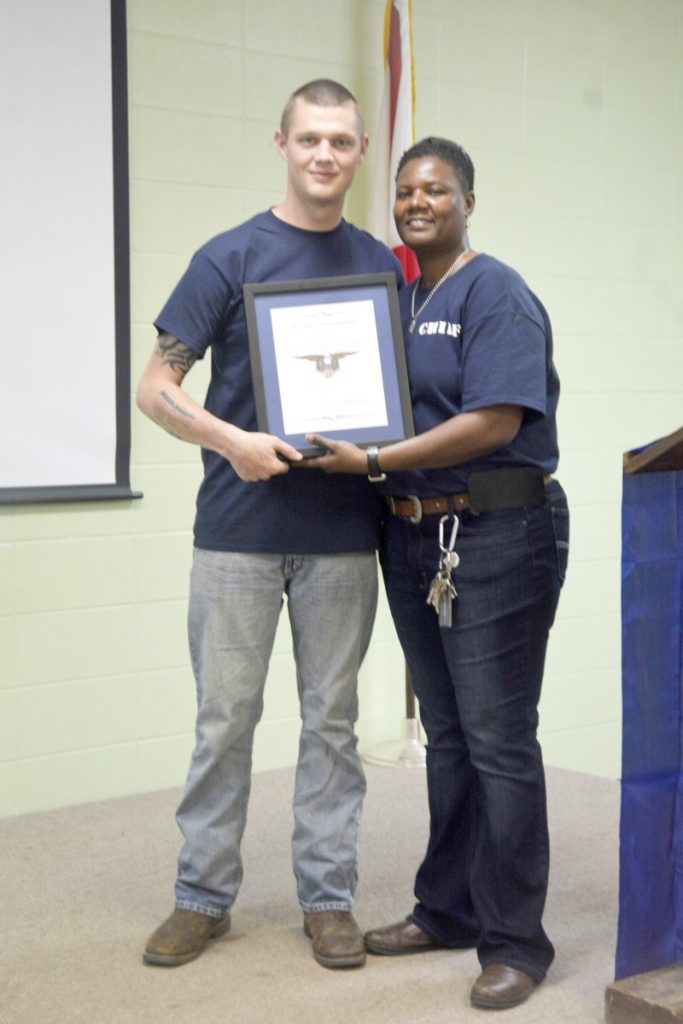