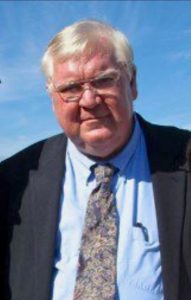 Robert Allen Gartman, 64, of Camden, passed away Sunday, May 17, 2020 at Vaughan Regional Medical Center in Selma. He was born in Mobile on March 1, 1956 to John Allen Gartman and Alice O’Guynn Gartman. He dedicated his life to a coaching career that spanned 32 years, earning his teams seven state championships along the way. He coached at Jackson Academy, Pickens Academy, Morgan Academy, Wilcox Academy and Sumter Academy where his players and students adored him.
He was preceded in death by his parents and wife, Kathy Bryan Gartman.
He is survived by his son, John Gartman; sister, Cathy (Andrew) Tarver; dedicated cousin and friend, Sammy Green and numerous other friends.
A graveside service will be conducted at 2 p.m. on May 21, 2020 at Pine Grove United Methodist Cemetery in Leroy with the Rev. Chris McCool officiating. Visitation will begin at 12 p.m. at Lathan Funeral Home in Jackson.
Pallbearers are yet to be determined.
Honorary pallbearers will be all the former coaches and football players of the teams he coached.
Condolences may be offered at www.lathanfuneralhome.com.