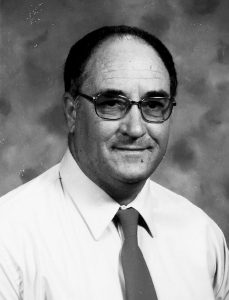 Franklin Delano King, 80, a resident of Letohatchee, Alabama, passed away peacefully at Angels for the Elderly in Montgomery on Sunday, May 15th, 2022. A funeral service for Coach King was held at 11 AM on Tuesday, May 16th, from the Chapel of Turners Funeral Home with Minister Jack Cates officiating and Turners Funeral Home of Luverne directing.
“Coach Frank,” as he was affectionately known to everyone, was a member of the first basketball team at Alabama Christian College. He then went on to Auburn University where he earned his Bachelor’s of Science in Education. He began his coaching career in 1964 and continued it long into his retirement as he volunteered until 2020. He was multi-talented and handled coaching football, basketball, and baseball throughout the years. He spent most of his coaching career with schools in the Alabama Independent Schools Association where he won several state championships over the years. He was well-known and much beloved during his more than so-year career as he loved guiding his young players through some of their most difficult years. The legacy he fostered through his students and players will endure for many more years to come.
Coach King was also a dedicated member of the Church of Christ from the age of 18. He loved his church family dearly and devoted many years to preaching at various congregations. Additionally, he was also a dedicated member of the United States Postal Service in Greenville for 22 years. In his free time, he loved fishing and took great pride in tending to his lovely vegetable garden. On Saturdays in the fall, he could often be found cheering on his beloved Alabama Crimson Tide to victory. He was famous for his easygoing personality. He wasn’t a difficult man to please, and he enjoyed the simplest pleasures in life more than anything else. He enjoyed traveling with his family wherever they wanted to go. He always found comfort in his canine companions in his home during his lifetime. Above all, he was a devoted father, grandfather, and great-grandfather who knew that the greatest blessing the Lord every gave him was his family. He was the rock his family was built upon and they will continue to treasure all of the memories they made together.
Coach King was preceded in death by his parents, John Leslie & Mary McKenzie King. He is survived by his children, Christopher (Melanie) King, April (Sam) Bolding, and Leslie (Sonya) King; grandchildren, Andy King, Clara King, Cody King, Lane King, Seth Thomas, Sarah Thomas, Braelynn King, and Madelynn King; great­ granddaughter, Eliza Ruth Johnson; siblings, Ann Couch, Douglas King, Richard (Cheryl) King, Linda King, Joseph King, and Roger (Jane) King; and a host of nieces, nephews, great-nieces, and great-nephews.