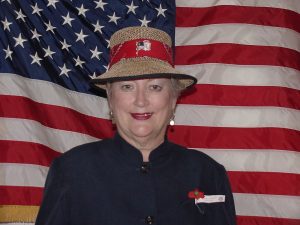 Imogene (Jean) Webb Price, 82, of Grove Hill, Alabama died peacefully at The Cedars at Englewood Health Care Center on June 16th, 2022, where she was recovering from medical issues. She was born in Jackson, Alabama in 1939 to Thomas Jefferson Webb and Bertie Truett Webb of rural Clarke County. She was their seventh child and the first one to be born in a hospital. Imogene was predeceased by her parents and siblings James Curtis Webb, Opal (Perry) Dickey, Edison (Maxine) Webb, Elroy (LaTrelle) Webb, and Donnie Webb. She is survived by sisters Gertrude (Robert) Hope of Daphne, Jeanette (Jimmy) Murray of Millers Ferry, and Judy Freeman of Bradenton, FL.
Jean is also survived by four children, daughters Dewanna Cunningham Banks of Chapel Hill, NC; Rhonda Cunningham (Dan) Jackson of Thomasville; sons Jimmy Terrell (Jackie) Cunningham of Alamosa, CO; and Gary Neal (Laura) Cunningham of Grove Hill. Jean leaves behind eleven grandchildren: Christy Lawless, Andrew Herman, Jeff Hinson, Robert Banks, Alex Dove, Ashley Allison, Jenna Faour, Kelley Byerley, Julie Banks, Carly Goodin, Corey Ruybal, and Don Ruybal; in addition to her great-grandchildren: Skylar, Jayden, Jackson, Dylan, Molly, Susan, Banks, Zair, Jackson B., and Lyla.
She attended Coffeeville High School and went on to earn her real estate and insurance licenses, becoming Vice President of Haiman Realty in Mobile. She enjoyed an illustrious real estate career which took her from Mobile to Houston where she was a top producer with Schindler Cummins, the second largest brokerage firm in Texas during the early seventies. She was featured in Real Estate Today as the most outstanding realtor in the Greater Houston residential market.
She later became the broker/owner of Sugar Land Realty in Fort Bend County, TX. When Jean became chairwoman of the Tax Equalization Board, she led the Board in major battles for tax reassessment, which impacted the county’s growth. She faced these contentious meetings with confidence and strength. It was a new day in Texas when the real estate icon chairing the board was a woman.
Jean later lived along the Gulf Coast and specialized in the sale of resort properties in Pensacola and Gulf Shores. She became a long-time resident of Millers Ferry. While there, she wrote poetry for her Poet’s Corner column for the Wilcox Progressive Era newspaper. She was one of the founding members of Riverview Baptist Church on Sand Island and led the effort to have the road paved. Jean became an editorial assistant and photographer at the Thomasville News in 2000. She moved to Grove Hill and this became her final residence, where her great compassion for others led her to take on numerous projects that have become her legacy.
Jean was instrumental in the negotiations that saw the house she owned become the Clarke County Historical Museum in Grove Hill. She also helped establish the Diabetes Education Support Group at the Grove Hill Memorial Hospital and was a founding member of the Alzheimer’s Caregiver Group. She was a member of and ministered to warmly by Grace Baptist Church in Grove Hill.
The family wishes to express sincere thanks to those who provided health care support during the final years of her life. Her family and friends will gather in September 2022, the month of her birth, for a memorial service to celebrate her life.
Condolences may be made to the family online at https://www.johnsonfh.org/obituary/imogene-price.