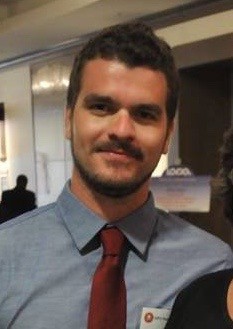 Local TV News Stations will try and forge their own versions of Wilcox County, one that makes perfect sense to the rest of Alabama–but not to those who actually live here.
It’s an image that’s depressing, counter-factual, and redundant.
Don’t believe me? Take the time to Google news articles of our home. It’s downright embarrassing.
Many proud men have staked their lineage’s across Wilcox County’s rolling hills and cycling histories. If you’re able to fork over the ancestry.com subscription fee, you’ll discover old stories dated back to wartime in Camden which announce marriages, business-openings, and graduations for folks who were sporting some familiar surnames, even to this day. They passed on those same surnames to their kids, their kid’s kids, and their kid’s kid’s kids.
And most of them are still here.
These families are proud of their struggled, yet ambitious neighborly infrastructure, and their determined not be swept away from Legislative significance, to be simply “overlooked”, as POOR people.
Family legacies bound nearly as tight as the dominating, biblical morality which may be just the thing keeping us living so humbly for so long. Somewhere nestled deep within a dark spot on a Bible Belt…well, there’s a Black Belt.
And then there’s Wilcox County. Which you may or may not have heard some of the saddest, most twistedly misconstrued stories ever uttered. You guys remember. Those who watch the nightly news may recall headlines such as the following, written just last week.
WILCOX COUNTY, Ala — For some families in Alabama, living without access to running water is still a reality.

Living Without Water: A CBS42 News Special Report
Written just last week. And yet, still a mirror image of last year’s headlines.
In reality, this whole water spout issue has been nothing more than a political platform at best, and a neglectful lie at worst.
The latest article cited a “calculated”, and “estimated” one hundred (100) folks living in Wilcox County without running water.
So I’ve heard…
I’ve also heard that 99 out of that 100 would rather dip from a backyard spigot than pay County water bills. Tie that in to Solid Waste pickup and, well….
The consequences that are sure to follow our allegience and trust in County Officials hasn’t really been swallowed with much confidence. Not for a long time.
But we’ve all read THOSE stories too.
You can bet that any WAKA News Anchor is going to seek out the most brash, most Aunt Jemima looking well-dipper in Lamison to sell a story. It makes for good TV. But it takes a closer look behind the scenes to see the real issues.
Your average nightly-newswatcher in who-know’s-where’s, AL will just keep getting fed one fat loaf of a sad story after another.

The formula isn’t difficult, not for one of the state’s most “Profiled Place’s”. Once again, folks are left knowing little to nothing about anything remotely non-stereotypical to Wilcox County. That desolate, pitiful place.
And we’re left back home. Watching it all play out on our reasonably sized television screens in our four-walled homes. Having the mud thrown in our faces, once again. Not even so much as an honorable mention to boast about. Unless of course you count that hospital “problem” that was just so “Big News” savvy a couple of months ago. Remember how pitiful we were back then?
It’s not for me to say, but the hospital story has changed dramatically, and for the better. But go count how many triumphant articles you’ll read now, only with positive updates and joyous announcements of “a hospital, saved at the last minute by more money.”
You won’t find many ; not in ink. Most certainly not on TV.
But the good news is there, folks. I promise

Only problem: it’s good news. And unfortunately to the rest of Alabama and perhaps the country, “good news” in Wilcox is really no news at all. Just a blip of an error that may be heartwarming, but not for very long.
Not as long as Birmingham, Montgomery, Mobile–even our own commissioners “thirsty” for re-election have something to say about it.